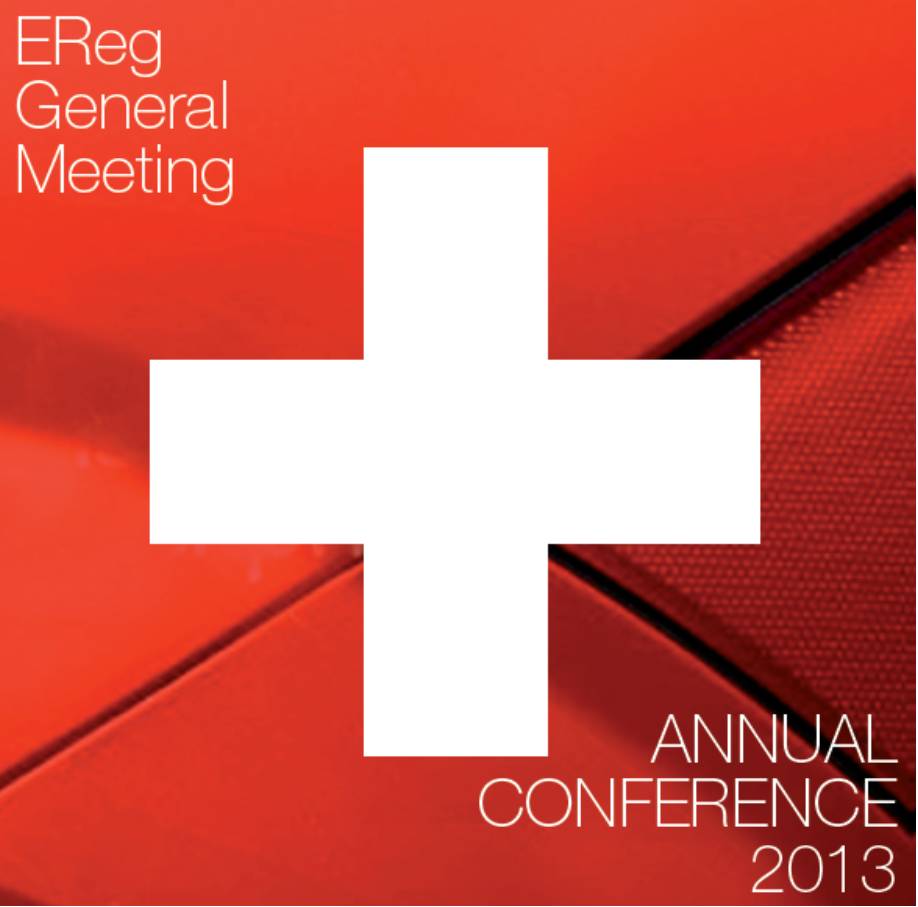 During the General Meeting we looked back at the EReg activities in the year 2012-2013 and discussed the draft Work Plan 2013-2016.
After the coffee break Mr Van der Bruggen, chairman of EReg and Mr Schuster, the President of AAMVA (American Association of Motor Vehicle Administrators) in the United States signed a partner agreement between EReg and AAMVA.

On the first day of the EReg annual Conference 2013 was opened by Mr Szabolcs Schmidt, Head of United C.4 Road Safety, DG MOVE of the European Commission, who gave a keynote speech on the European developments in the field of road safety. Three other European developments were discussed in more detail 1) Vehicle identification and the opening of internal borders in the EU (Mr Pierre Lebrun), 2) the state of affairs on re-registration (Mr Detlef Marek) and 3) Developments on CoC data exchange (Mr Camille Gonderinger).
During the second session the final reports of the EReg Topic Groups on “Normal Residence”, “Tackling Uninsured Driving” and “Smartcard Vehicle Registration Documents” were presented. On the second day two themes were discussed in more detail “Vehicle Crime and Fraud” and the “Provision of Customer Services (outsourcing and online)".